Root Cause of Air Rage On American Airlines 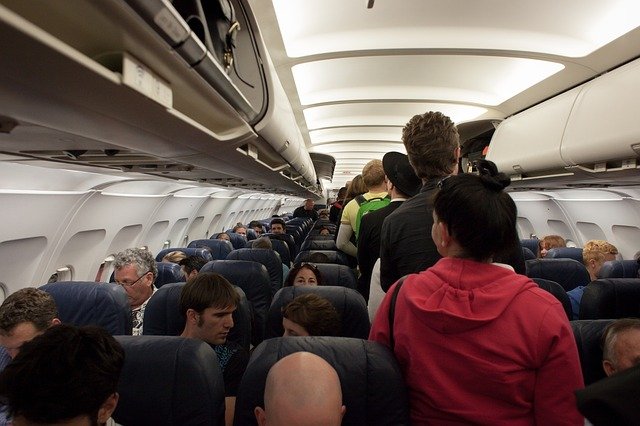 We’ve all heard about a recent air rage incident on American Airlines where a woman (seated in the second to last row in the back of the aircraft) reclined her seat. The man behind her was incensed that her seat bled into his personal space and he had no way to reclaim any space as his seat would not recline–his seat was backed up to the bulkhead (wall). What did he do?

He kept hitting her seat with his fist to get her to unrecline her seat. He was incensed. She was incensed. The flight attendant offered no effective assistance to either passenger when asked to intervene.

Since airline deregulation in October 1978 (when Jimmy Carter was President of the United States), airlines have been doing everything they can to cram more seats into their aircraft. More seats equates to more revenue potential for each flight. The last few times I’ve flown, I’ve noticed:

What do I conclude?

Passengers are being treated like freight. We purchase a seat which gives us a volume of space we are allowed to use for the duration of our flight. Our comfort is not important. Our ability to open a laptop or read a book in coach is limited, particularly if the person in front of us reclines their seat into your space. If you are a road warrior forced to fly in coach, your ability to get any work done is severely constrained.

Delta Airlines CEO offered that the woman should have asked the man behind her if it was okay to recline her seat. While that might be one option, the Delta CEO misses the real point of the problem. Here’s the way I look at it.

The domestic airlines are taking advantage of their customers, particularly in coach class travel. The executives are driven solely by profits and, I’m sorry to say, greed. That may be okay in the short-term, but is it sustainable?

The executives should be asking:

Like it or not, air rage is customer feedback about what customers are seeing as an untenable situation. It would be inappropriate to think this is merely the result of 2 intolerant people meeting in the back of an aircraft yet this is undoubtedly how it is being viewed in board rooms.

It’s uncomfortable to fly today in coach (cattle) class. Everybody knows it. It’s time for airline executives to address this in a favorable way.