Disagree Without Being Disagreeable 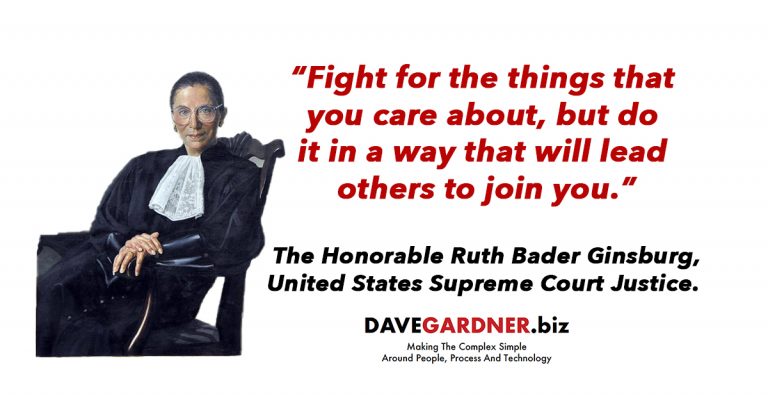 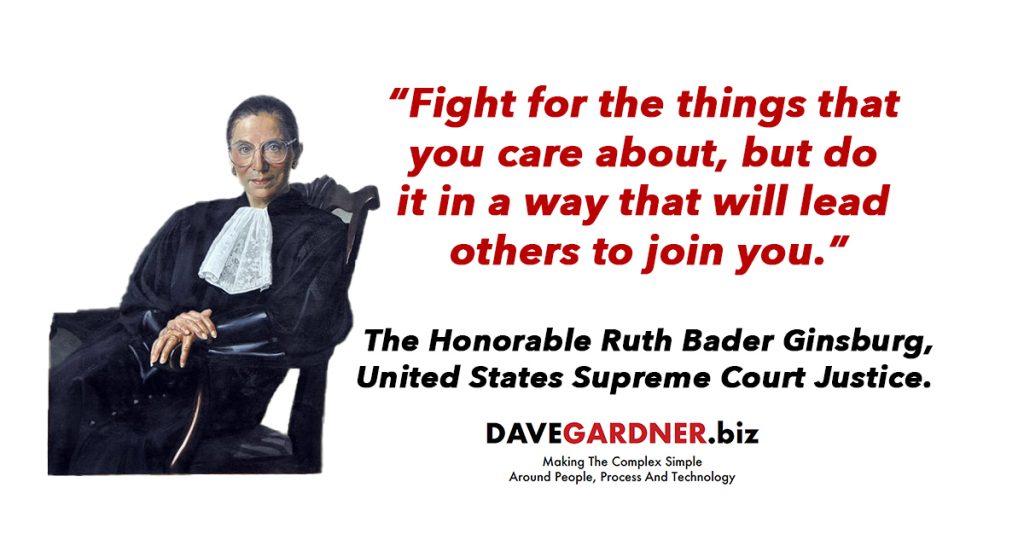 As a business leader, one of our top skills to master is to disagree without being disagreeable.

Ruth Bader Ginsburg, Associate Justice of the United States Supreme Court, who died this past Friday, the 18th of September, 2020 was a shining example of that skill.

There are so many lessons from her life and career we could examine, however, in our highly polarized world, one of the greatest attributes I want to focus on this week was her ability to disagree without being disagreeable.

If one were to look on paper, it would be easy to conclude that Ruth Bader Ginsburg and Antonin Scalia were polar opposites yet they seemed to have an abiding respect for each other. What a remarkable quality in this day and age.

Antonin Scalia’s son, Eugene, wrote a piece for the Washington Post titled What we can learn from Ginsburg’s friendship with my father, Antonin Scalia:

What we can learn from the justices, though — beyond how to be a friend — is how to welcome debate and differences. The two justices had central roles in addressing some of the most divisive issues of the day, including cases on abortion, same-sex marriage and who would be president. Not for a moment did one think the other should be condemned or ostracized. More than that, they believed that what they were doing — arriving at their own opinions thoughtfully and advancing them vigorously — was essential to the national good. With less debate, their friendship would have been diminished, and so, they believed, would our democracy.

Our world is better off for the camaraderie these two justices had for each other. They are exemplars for how to “do it right.” We can learn from them. We should pay attention to their example.

RBG leaves behind an incredible legacy. I’m saddened at her passing.