The Evolution of Part Numbering Systems 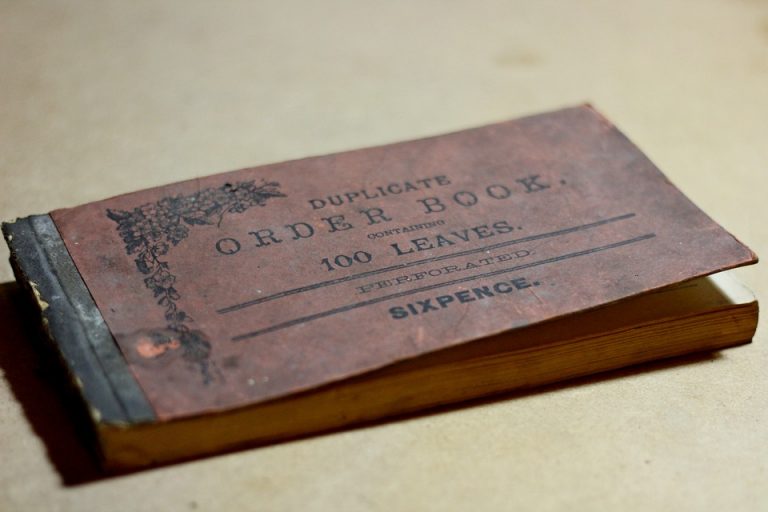 Permit me to answer that question now.

A company’s part identification practices should be modified only if it can be demonstrated that there is a fundamental flaw in the current system that can disrupt business operations.

In the “old” days, the simple rule applied in part identification systems was: “If you change the form, fit or function, change the part number.” This “rule” likely has its origins in the defense and aerospace industries. What this really meant was if you were doing much more than correcting a spelling error on a document, you pulled a new part number for the part. As dash numbers or dash configuration levels weren’t used, this meant all numbers were pretty much random and bore no relationship to their design evolution.

But this “rule” wasn’t without its problems: two parts that were interchangeable, that is to say they “fit” and “functioned” the same could have different part numbers. Thus, when a part was changed for manufacturing convenience, e.g., the part differed in “form” but had the same “fit” and “function.” the two parts were assigned different part numbers.

Electronics companies become concerned that their part identification practices weren’t properly supporting the management of their key assets-inventory. Down “rev” inventories were stockpiled and (all too often) had to be scrapped because it wasn’t obvious whether a part was reworkable or needed to be scrapped. The ECO process was pretty much concerned only about manufacturing issues and not about field service issues.

It was at this point that commercial enterprises, particularly driven by high-technology electronics began to look for more effective solutions. The electronics industry was characterized by a high number of engineering changes and required a more definitive audit trail of the evolution of a design. Dash numbers began to appear as a potential remedy. When a part changed “form,” “fit” or “function,” the dash number advanced.

Dash numbers were an improvement over random re-assignment of part numbers, but they too had a familiar problem: parts that were interchangeable had different part numbers. To address this problem, companies began to have a “Lowest Acceptable Level” for dash numbered parts. This also opened the door to a concept of “downward compatibility” which suggests that a higher dash numbered part can replace a part with a lower dash number.

But this remedy also has its problems. In spite of the best intentions, part changes weren’t always “downward compatible.” Sometimes a change to one part required a change to another to ensure proper product functionality. On too many occasions, Engineering informed the CCB that parts were “downward compatible” when (a) this had not been confirmed through exhaustive testing, and (b) when they knew that it wasn’t downward compatible but hoped they wouldn’t get caught. [Note: In this latter case, Engineering’s response was usually “sorry ’bout that.”]

The next stage in the evolution of our industry’s part identification practices was to use the “rev” field to distinguish different “forms” of parts rather than the dash number. This grew largely out of PCA/PCB documentation and configuration control needs which suggested it was better to have two parts that “fit” and “function” the same identified with the same part number. Initially, each time a new PCB was created (usually to eliminate rework on the current PCA), the revision level of the PCA would advance. The new “rev” was interchangeable with the old “rev” and part numbers remained the same. Now we were getting somewhere!

But, Engineering didn’t care about the old “rev” once the new “rev” came out. After all, the old “rev” was yesterday’s news. Manufacturing only cared about the “new” rev once they started building it. So, who couldn’t be happy with this scenario?

Field Service. Field Service has a problem. Traditionally, Engineering only cares about the latest “rev,” and manufacturing typically only builds one “rev” (usually the “latest”) at any given point in time. So after the new “rev” came out, e.g., Rev B, if there was a functional change to the PCA, it was released as a new dash level, Rev A. Engineering only issued rework instructions against the “latest rev” and all the other “revs” that existed dropped from Engineering’s radar screen.

Since manufacturing was only building the “latest rev,” manufacturing had the information they needed to keep going. But all those field older “rev” field spares had no documentation to tell them how to bring the PCA up to the latest dash configuration level. It is as if Engineering and Manufacturing cover their eyes and pretend that the only thing that matters is the “latest rev.”

The concept of “versions” began to show up in the late 1970’s as a result of PCAs and PCBs. The PCAs were almost always FRUs (field replaceable units) and were subject to the highest level of change activity. There were typically two types of changes seen against PCAs: (1) rework due to a functional change in a PCA, and (2) the release of a new PCB (and a new PCA version) to eliminate rework steps required on a current PCA. In this scenario, if both PCAs function interchangeably, they are identified with the same part number. The “form” differences, e.g., the “configuration with wires” versus “the configuration without,” were distinguished from one another by an alpha character-the the version letter-that is not part of the part number.

Usually, new PCA versions can be attributed to new PCBs that eliminate rework. There are also cases where custom VLSI chips are created to eliminate a number of discrete components on a PCA, change that also requires a new PCB to accommodate the new chip.

To overcome the problem of Engineering and Manufacturing only concerning themselves with the latest “rev,” there needed to be a way to differentiate one “form” of PCA from another. Also, a separate set of documentation (assembly drawing, engineering bill of material, schematic, fabrication drawing, PCB film, rework instructions, etc., was required to support each PCA version.

This means that Engineering has to update the documentation for each currently supported PCA version until such time as a specific version is scrapped . But, remember-you are supporting this documentation for PCAs that still exist, still fail, still come back for repair, still need to be diagnosed for failure, need to be repaired and re-tested, and are still viable assets. Under this system, all supported versions have to remain on Engineering’s and Manufacturing’s radar screen.

Versions As Applicable to Parts (Non-Assemblies)

A “version” of a part differs in “form” from other parts identified with the same part number but it “fits” and “functions” the same in its next-assembly.

Examples:
o A metal plate is cost-reduced by changing from stainless steel to aluminum.
o The mounting holes in a mounting plate are opened up by 0.062 inches to reduce the assembly time.

When do you care about the “version” letter of a part? The version letter identifies the specific documentation that governed the manufacturer of the part. The part number and version letter should be specified on all P.O.s. The part should be inspected to the appropriate drawing that it was purchased against.

Is the latest version of a part better than a previous version? It should not be. Usually, new versions of parts are implemented to cost-reduce the current design or for ease of assembly.

Versions As Applicable to PCAs

A “version” of assembly means that there is at least one part number that is different between the one or more assembly versions that have the same PCA part number. In the case of a PCA, the part that is usually different from version to version is the PCB, the bare board.

Versions As Applicable to Other Electro-Mechanical Assemblies

It is possible to have a different set of components make up an entirely interchangeable electro-mechanical assembly.

Purchased (off-the-shelf) components, software, and cable assemblies usually do not have multiple versions.

Where obvious relationships exist between parts, e.g., PCA or PCB, and/or documentation required for the part, recognition of the relationship via the part identification system is beneficial. Also, being able to tabulate parts as well as show the design evolution of parts is quite beneficial.

Again, a company’s part identification practices should be modified only if it can be demonstrated that there is a fundamental flaw in the system that can disrupt business operations.
__________________

We’ve got the track record and expertise to help your company with this mission critical issue.
Take the Next Step: Here are a number of different ways we can be of service to you as you begin or continue your journey:

–Read additional articles we’ve posted on our web site about this topic
–Call us at +1 775-722-8230 for a no-cost, no obligation discussion about your situation
–E-mail us with your comments & questions.
–Contract with us to provide an Executive Briefing–customized for your organization–to help open a dialog and get everyone on the same page about the problem and its strategic importance. Includes an interactive Q&A with your executives about your situation. This can be performed:
At your facility, or,
Via a Web Conference
–Contract with us to perform a comprehensive Requirements Assessment
–All of the above
–Some of the above
–Something not on our list