In Remembrance of Dave Gardner 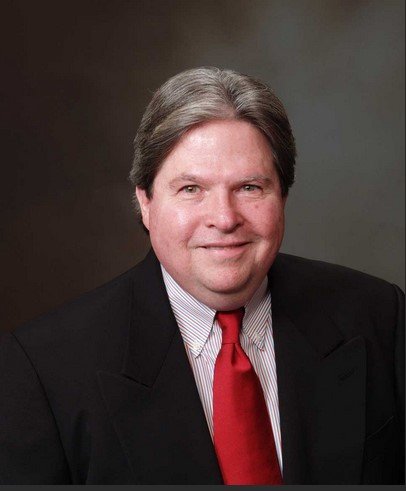 On December 8th, 2020, our brother Dave went into the hospital for triple bypass surgery. It would be a routine procedure, as so many of them are these days. His hopes were to feel better, have more energy, and walk out a new man. Nobody was concerned that there would be any complications. During the surgery, or shortly after, he suffered a stroke on the right side of his brain, affecting the left side of his body. This was unfortunately not his first stroke. He also suffered from a stroke in 2016 to the same right area of his brain. We were confident that he would recover over time and move on to resuming his life. Unfortunately, he did not.

He remained in ICU at Valley Medical Center for weeks, with very little apparent progress. On December 31st he was sent to a rehabilitation facility. Due to medical complications, Dave was not responding well to therapy. February 10th, we transferred him to the Redwoods Post-Acute where we thought he would receive better care. He was unable to participate in physical therapy, couldn’t walk or stand, or even sit for very long. We explored causes, treatments, changes in medication, and anything that would give Dave a chance at a normal life.

During this time, we would talk to him daily (sometimes 30 times a day), assessing his situation and encouraging him. We could see that his awareness of his surroundings was fading, and the specter of vascular dementia was looming. We had routine meetings with the staff and management at the Redwoods and were desperately trying to find anything that would help him recover. Our hopes were to allow him to have some kind of life that would give him a sense of purpose. 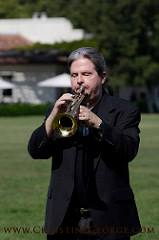 He would often talk about the things he wanted to do. He wanted to play the trumpet again and to create musical content for the web. He hoped to get a place of his own and drive his own car to Starbucks or venture out for Mexican food (one of his favorites). He dreamed of getting a motorcycle and riding free of the confines of nursing homes. He never seemed depressed, only hopeful.

We knew that during his stay at Valley Medical Center in December, they had discovered that his left carotid artery was significantly blocked. We surmised that this could be part of his ongoing medical complications and challenges. If his brain wasn’t getting what it needed, maybe that was why it was so difficult for him to recover. We scheduled a consult with a vascular surgeon whose recommendation was that they perform a procedure to clear the left carotid. We had such hope that this would improve his chances of recovery and prevent additional strokes and setbacks.

During this procedure, performed on the 27th of July, David had a third stroke, this time significantly affecting the left side of the brain. After the surgery, he was unresponsive, and in a critical state. Valley Medical Center quickly gathered a team of specialists and coordinated Life Flight to take him to Stanford Hospital. Both facilities did absolutely everything in their power to try to help David, however, the damage to his brain was massive and his chances of recovery were non-existent. To honor David’s wishes, we made the difficult decision to keep him comfortable until he passed.

David John Gardner died on July 30th at 10:45 am PST at Stanford Hospital. Throughout his convalescence, he remained optimistic, cheerful, and confident of his recovery. He had dreams and aspirations that nobody could ever imagine. He never gave up and never stopped believing that he had something left to do with his life. For nearly eight months he kept his confidence and spirits up while lying on his back hoping for better days ahead. We could not imagine so easily doing the same.

Several people have asked where they might be able to make a charitable contribution in honor of David. We thought it would be appropriate to set up a special in memoriam account in his honor, to support the research efforts of Dr. Neal Schwartz at Stanford University / Hospital / Health Care. Dr. Schwartz treated David following all 3 of his strokes between 2016 and 2021. He is Clinical Professor & Vice-Chair of Education for the Department of Neurology & Neurological Sciences, Medical Director of Inpatient Neurology, and Associate Program Director of the Neurology Residency Program. We know that your contributions in David’s honor will go to directly support the stroke research, rehabilitation and recovery efforts led by Dr. Neal Schwartz.

Memorial donations in honor of David J. Gardner can be made to support Dr. Neil Schwartz’ research at Stanford via check/mail or online.

To the recipients of this message, we encourage you to remember the best of our brother.

Please accept my condolences. I met Dave through business and professional development activities. We became friends over the years and had opportunities to share a few meals and a few beers. He was a great guy and I will miss him.

Thank you very much for this letter and for giving insight into what happened.

Richard Martin, thank you for your reply and comments.
I’m definitely missing my twin brother. Thank you.