Does Your Business Cling To The Past Or Embrace The Future? 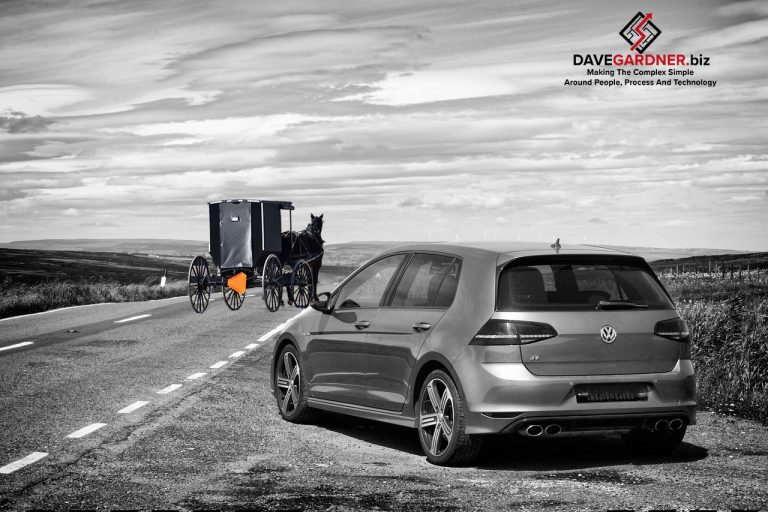 When it comes to evolution, does your business cling to the past or embrace the future?

What would have happened if innovators decided that:

The era of automobiles and trucks being powered by fossil fuels is coming to an end. The future is electric vehicles. While there may be denial as to whether this is true, there is undeniable inertia for automobile and truck manufacturers to move in the direction of electric vehicles.

In spite of this inertia, the CEO of VW is fighting for change in his own company. In the article “VW CEO Says He Has ‘Old, Encrusted’ Structures Left to Break Up,” we learn:

Tensions at the top of Volkswagen AG are spilling over into public view, with the chief executive officer swiping at opponents within the company who are standing in the way of radically transforming the carmaker.

In a German business newspaper op-ed, Herbert Diess likened VW to a “tanker” at a time when automakers’ survival depends on quickly pursuing electrification and digitalization. He wrote that the company is highly influenced by labor unions who sometimes have different interests than shareholders.

“When I took office in Wolfsburg, I had firmly resolved to change the VW system,” Diess wrote Friday in Handelsblatt. “That means: breaking up old, encrusted structures and making the company more agile and modern. Together with many companions with the same level of motivation, I have succeeded in doing this in many places, but not in some, especially not yet at our corporate headquarters in Wolfsburg.”

For those who think driving change is easier for the CEO of a corporation, it is often not. The resistance often comes from people who:

In order to drive the company’s evolution, the CEO must address those issues for stakeholder buy-in. He/she needs to listen and acknowledge the fears (and sometimes laziness) that keep key stakeholders reluctant to change, then show them a solution to their trepidation. They must demonstrate how the benefits of change out weight the status quo.

How many buggy whip manufacturers are there today? How many entrepreneurs are considering entering that business?

The simple answers: very few and none. The world has moved on. I’m certain you can get a buggy whip from a tack and feed or equestrian store but there isn’t a sufficiently large, growing market for buggy whips to make it worthwhile for an entrepreneur to enter that business.

The CEO of VW needs to build allies who can help promote that a change in strategy is needed and needs to happen rapidly. He can’t continue to fight his stakeholders. He needs to get people on board or he will find that his company’s services are no longer needed.

Does your business cling to the past or embrace the future? How is your company evolving and how are you managing stakeholder buy-in?

“Live your passion. What does that mean, anyway? It means that when you get up for work every morning, every single morning, you are pumped because you get to talk about or work with or do the thing that interests you the most in the world. You don’t live for vacations because you don’t need a break from what you’re doing—working, playing, and relaxing are one and the same. You don’t even pay attention to how many hours you’re working because, to you, it’s not really work. You’re making money, but you’d do whatever it is you’re doing for free.”

― Gary Vaynerchuk, Crush It!: Why Now Is the Time to Cash In on Your Passion